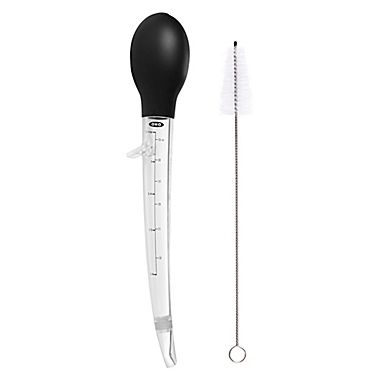 Hide
It's easier to direct the basting liquid where you want it with the OXO Good Grips Angled Turkey Baster. It rests on its own built-in stand in between bastings.

We'll let you know about the latest deals & newest products. New subscribers get will get 20% Single Item