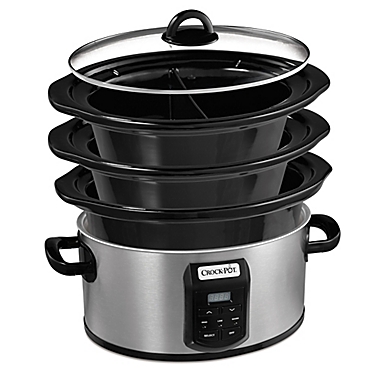 Whether you're cooking for two, or a crowd, the Choose-A-Crock Programmable Slow Cooker by Crockpot has you covered. This versatile slow cooker lets you customize your meals, choose from a split 2.5-quart stoneware, to a 6-quart stoneware.

We'll let you know about the latest deals & newest products. New subscribers get will get 25% off Single Item